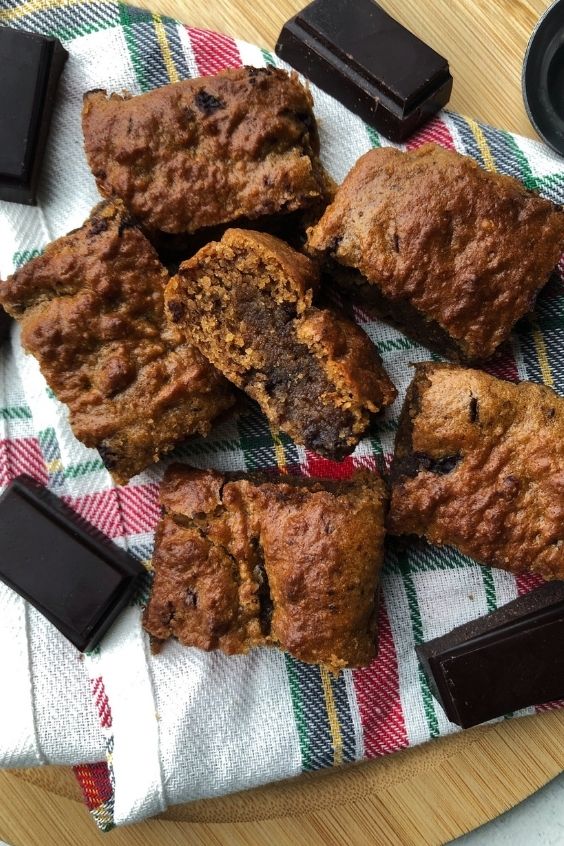 Ultra-flavourful chocolate chip blondies are chewy, gooey, and absolutely loaded with chunks of chocolate.  Super easy to make and requires only one bowl yay!

An easy twist on a classic dessert, blondies closely resemble a brownie, blondies are made without cocoa powder and instead have a rich caramel and vanilla flavour. Instead of the deep chocolate flavour of a brownie.

I’ve made many a brownie in my time baking, but blondies not so much. In fact, I’ve only made one other kind of blondie before and it was years ago. To me brownies are just such a quick and easy recipe that is so versatile, you can’t go wrong. Unless you over baked them! Am firmly in the fudgy and gooey brownie camp, so much so I need to make a vegan version. That way I can just eat the batter straight out the bowl and do any with the baking altogether.

After you try this blondie recipe, if you’re craving brownies, I highly recommend these Chocolate Orange Brownies

How Gooey is too Gooey?

Well in my opinion that isn’t even a question, as I said before am all about the ooey gooey layer in a blondie or brownie. Let’s just say once the top has started to brown and crack then it’s time to take them out the oven. This usually happens around the 10–12-minute mark. If you unsure when to remove them always air on the side of caution and remove them sooner rather than later. You will have to leave them to set before cutting them. As they will be very soft and are easily broken otherwise.

Tips and swaps for making these chocolate chip blondies

Almond Flour- It adds a nice depth of flavour but not an overly nutty taste. Keeps these brownies paleo and low carb. Swap for gluten free plain flour but it will affect the texture.

Coconut Sugar- Gives these blondies a lovely caramel flavour and keeps them refined sugar free. Swap for light or dark brown sugar for a similar taste.

Crunchy Peanut Butter- Adds a little crunch to an otherwise soft and gooey blondie. Gives a slightly nutty taste, works well with the almond flour. Swap for smooth peanut or other nut butter.

Egg- Helps to bind all the ingredients together. Make sure its at room temperature before using. Swap for a flax egg to make them vegan.

Dark Chocolate– I prefer to use a block of chocolate and roughly chop it up instead of chocolate chips. As I find it melts better in the final product. The dark chocolate complements the sweetness of the blondie perfectly. Swap for either a mixture of milk and dark or your preferred chocolate.

Vanilla Extract– Contributes to the overall flavour of how a blondie should taste. If you’re on a budget swap vanilla extract for vanilla essence. It won’t have as strong a vanilla taste though.

Baking Powder- Acts as a leavening agent and gives your blondies a little rise. Helping with the overall texture.

Super easy and delicious chocolate chip blondies. Made in under 30 minutes and sure to cure any sweet cravings. So ooey and gooey you would never know they were gluten and dairy free and healthier than your average blondie.

Ultra-flavourful chocolate chip blondies are chewy, gooey, and absolutely loaded with chunks of chocolate. Super easy to make and requires only one bowl yay! Gluten free and dairy free. 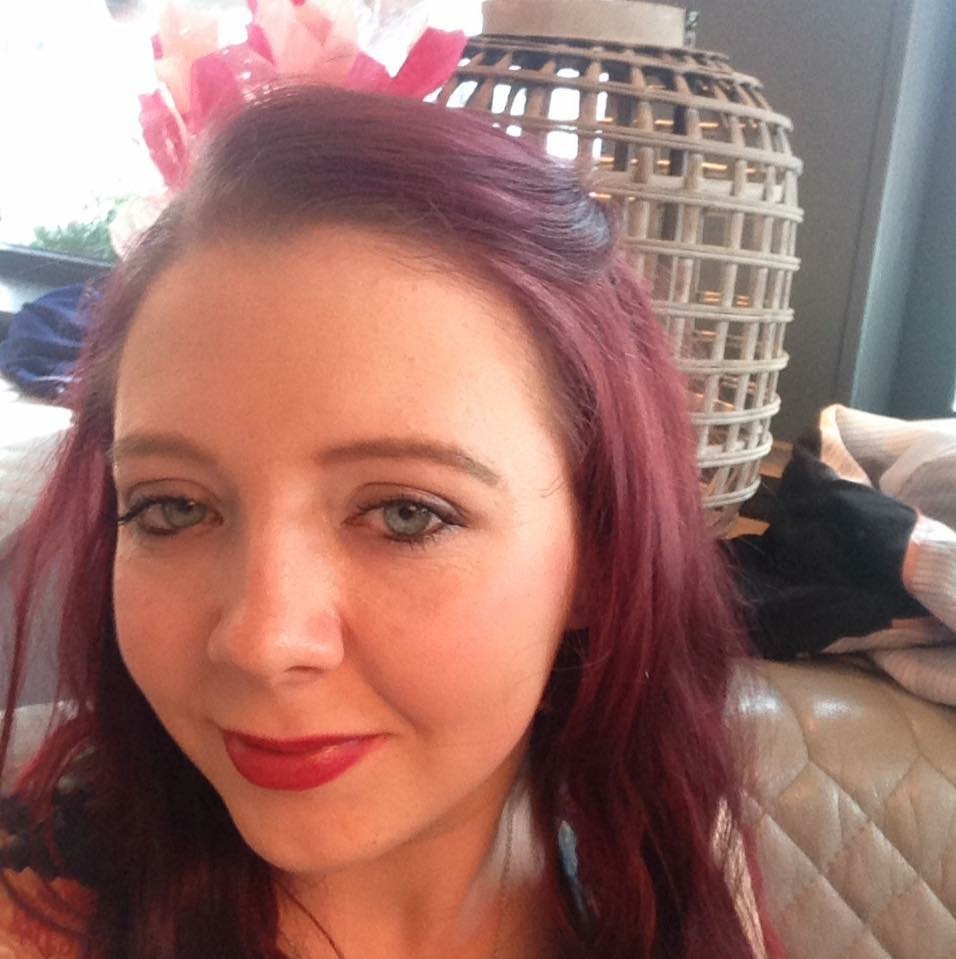 Hey there am Emma and welcome to Naturally Sweet Life. Thanks for stopping by. My first love is food I make healthy and easy gluten and dairy free food. My second love is fitness especially weightlifting this all started in August of 2016

Searching is in progress

Get the latest posts

#pride This is a great time to read up and educate

Love chocolate 🍫😍. Then you need these fudgy

Rhubarb and custard loaf. Believe or not this is t